The first of the scientists, Gerard, Darren and David, left home early on Friday morning to travel to Port of Spain.  The remaining scientists will travel on Sunday and the technical staff arrived on Thursday.   The RRS James Cook was due to dock here on Friday and we expected to be on board preparing our equipment today.    But things often don't go to plan and this trip is no exception.   There is industrial action by the dockyard workers of Port of Spain and this has caused some delays.     The ship has been waiting off shore for the last two days but has been unable to dock.  We can just about see it from our hotel. 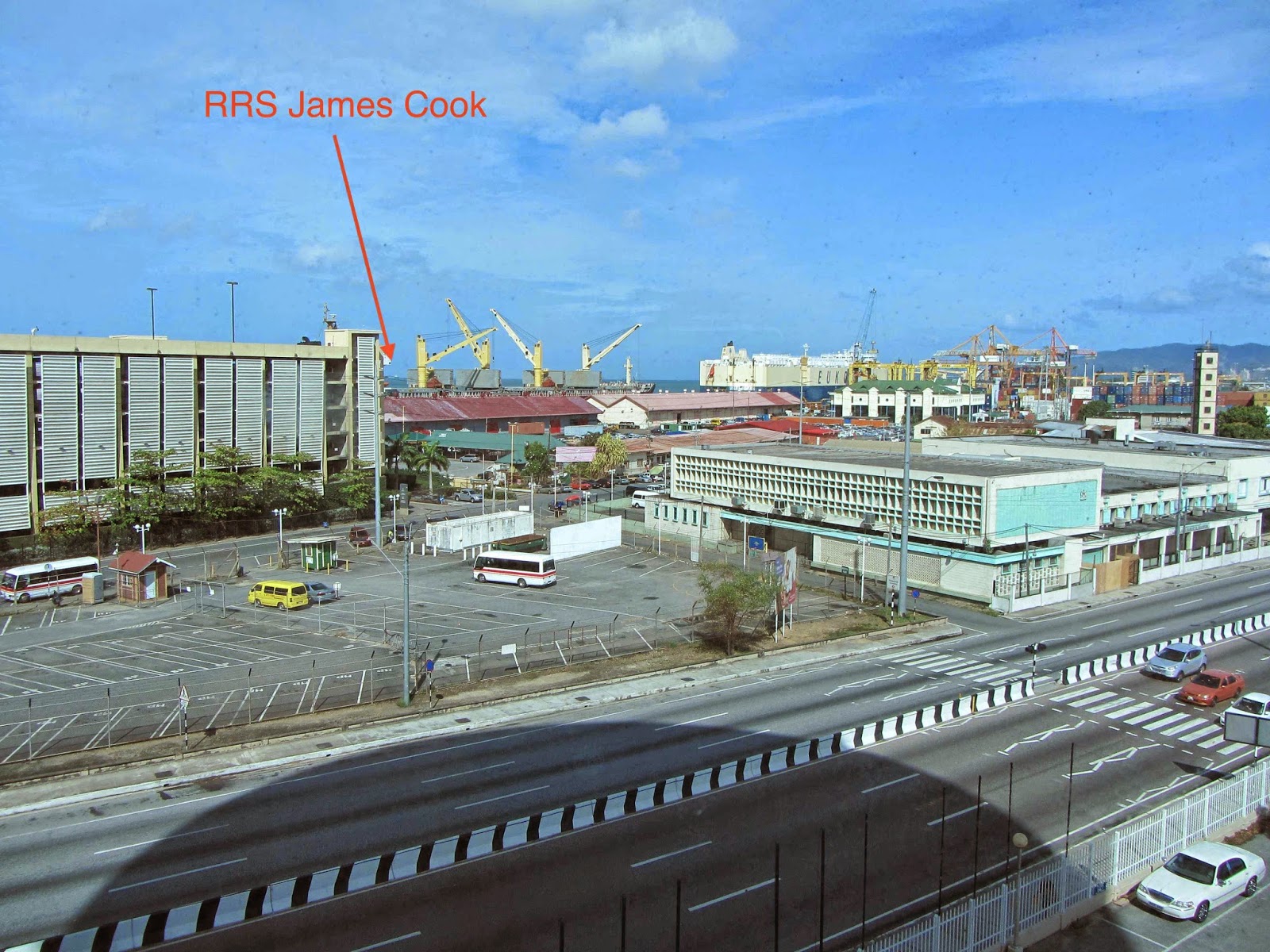 You can see it more clearly in this zoomed in view. 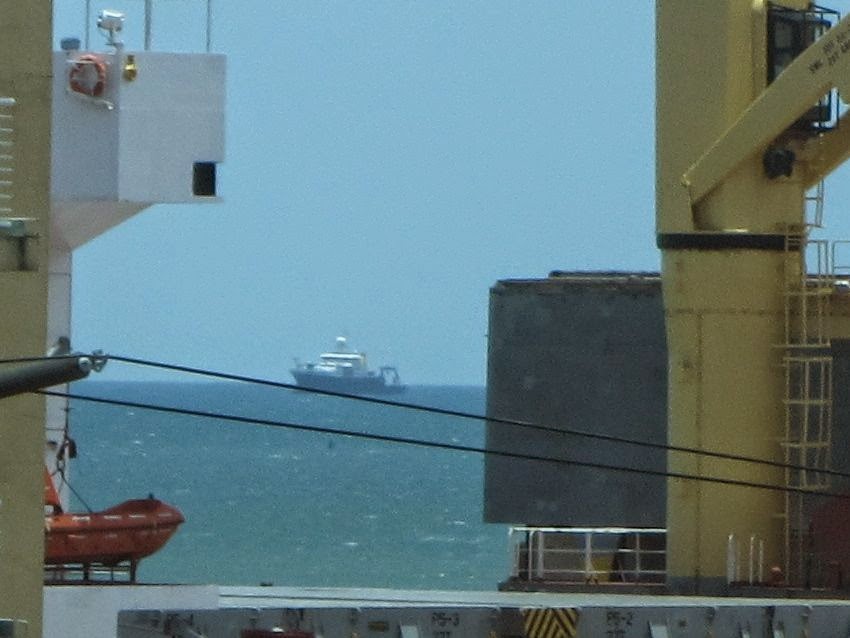 The picture also shows that although we get to travel to tourist destinations such as Trinidad we don't normally stay in the usual tourist locations.
Posted by David Smeed at 22:19